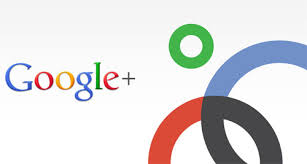 Google+ is Google’s latest venture into the social networking community and, so far, I’m impressed.  It took a day or two to warm to it but now more and more people I know are on there…well, Facebook will soon fall by the wayside for me.

But, Google+ is not without the haters.  Common criticisms I see are ‘Facebook rip-off’, ‘Is this it? and various other petty remarks.

I say petty because that’s exactly what they are.  Depending on which social network ranks highly in your opinion, any social network you’ve only just encountered will inevitably be compared to what you already use.  We are in a day and age where totally new things are harder to come up with so you must build with an existing blueprint but do your own spin.

After all, you don’t see people who go to buy a new Corsa say that Henry Ford would be turning in his grave to see all these rip-offs of his car, do you?  Or, you don’t think that Heinz are pissed off that Asda have ripped off their beans…

Then I see other people who truly hate Google+…mainly because they can’t be assed to set up a new profile and find their friends etc.  For those people, the answer is simple…GTFO.

I say, give Google a chance, it’s still new, it’s still limited invite and they’re not going to make a bold statement that they can take on Facebook unless they mean it.  Rome wasn’t built in a day.  Nor was Facebook.

I’d say, based on Facebook’s saturation, slow responses, chat issues and whatever else typically goes wrong – Google+ is the best solution.  How often does Google’s search engine go down?